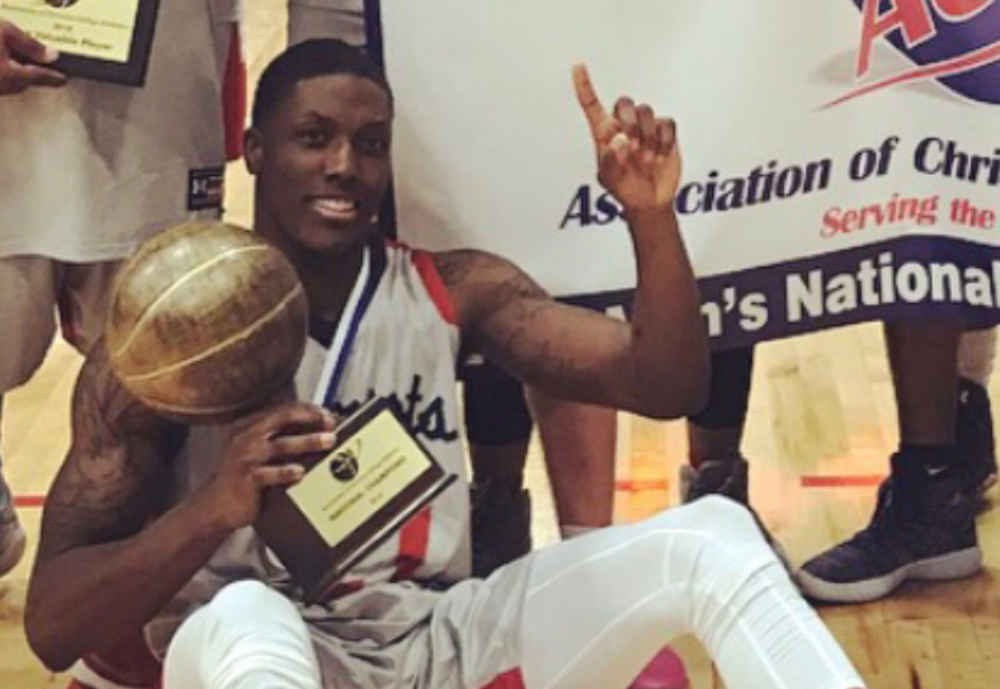 What brought you to ABU? /How did you hear about ABU?

What brought me to ABU was Coach McDaniel. He saw my highlight tape from Eastfield College in Mesquite and invited me to a basketball tryout. I attended and just played ball the way I knew how. After the tryout, I met with him in his office. Coach McDaniel said, “I want you to come play for me and think you would be a great contribution to the team” and then that was it. He also said that I would be on the 2nd team and could work my way up from there into the starting lineup, which I did before the season even started. Before you know it, I was already enrolled as a student athlete at ABU.

What has God taught you while you have been at ABU?

While attending ABU, I learned and experienced a whole lot. I got to experience playing college ball at the most elite level against some of the top players, traveling all over, and visiting states for the first time. I have also met some great people who have taught me a lot about life outside of the basketball court. For example, Mr. and Mrs. Marvin always took care of me whenever I needed something or invited me to watch a game and eat with them—it was as if I were their own. Basically, being accepted and welcomed in with opened arms by the people of the school was something that got my attention. Another thing I have learned is that the work you put into something is what you’re going to get out of it every time. Our team’s losing the first round of the national tournament my first year and then losing in the conference tournament just tore me apart.  Heading into my senior year, I knew I had to step up my game to win a ring. That’s just what happened. I became a First Team All-American for the second time, All Region, won the Slam Dunk Contest, and best of all, our team won the conference tournament to become the National Champions. After the years I have spent here, God has taught me the value of being patient, having faith, and trusting in Him no matter the circumstance. Without Him, I do not know where I would be. I follow Proverbs 3:5-6 till the end: “Trust in the LORD with all thine heart; and lean not unto thine own understanding, in all thy ways acknowledge Him, and He shall direct thy paths.”

What are your plans after you graduate from ABU?

After I graduate, I plan on finding a great teaching and basketball coaching position somewhere in the Dallas area or wherever God may take me. I would like to teach 7th grade Texas History and maybe one day work my way up coaching freshman boys. I love working with young kids. It gives me a chance to connect with them, not give up on them, and build relationships with them so they know that I care and will help them to be successful the best possible way I can.

Return to News
Previous
Next